Since we last spoke + an awesome new game...

Since we last spoke, I've been very busy. Following up on the interests of war-gaming, I've purchased a small bunch of Bushido: the Game miniatures and have even played a game-or-two.

I've enjoyed the game, but I'm not used to having to remember how sets of rules and character traits over-rule one another; in the world of video games, the game tells you what you can and can-not do; while this change takes some getting used to, it's great exercise for the mind.


What I've been up-to

Adjusting to having to memorize each and every rule, I've developed what I call the Bushido Companion - a web-app that you use along-side your miniatures and enables you to keep track of each of your characters without the use of tokens, health and Ki markers or player cards.. I didn't (nor do I plan to) digitize the dice.

If you want to check it out, please visit http://bushido.inserttokenstocontinue.com - for all the custom warbands and game options, you will need to signup via a very simple web form; please check it out.

I've also very much enjoyed the assembly and painting of my figures; they are very rich in detail, and it's allowed me to get back in-to painting, which I hadn't done in quite some-time. 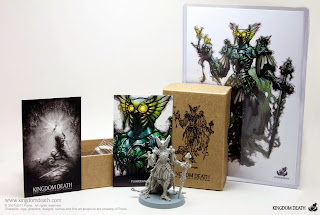 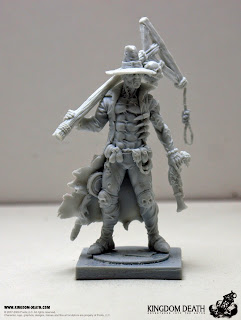 I've watched both of their videos on YouTube, which show how the game will play (subject to change), and it is very, VERY in-depth; which I'm sure some people will absolutely love (go and check them out on YouTube)

The theme and story of the game is just a rich as the character design (which is AWESOME). I wish them the best with this project.

I still encourage each of you to try something new; if you enjoy board-games, like chess or Risk, you may like this.


Links to things in the posting

Posted by Mr. Orange at 06:47 No comments: Links to this post

For my first post, I wanted to talk about something interesting; something that most people may not know exists - what I found in this topic surprised even me. Known as "Miniature War-gaming", it is a war-strategy style game (I like to think of it as chess on steroids) where human players gather together and control miniature units on game boards (known as "warboards", "gameboards, etc...) measuring 2ft. x 2ft, 4ft. x 6ft. or larger! These games can contain any ware from a hand-full of units to hundreds (maybe even upwards of a thousand) individually hand-painted units.

I have a history of video-gaming - but never have I been into role-playing, Dungeons & Dragons or board-games (generally speaking). A friend from work had mentioned that he is into Warhammer (Warhammer 40,000). He began to tell me a little about it, and I became... intrigued. His passion for the world, factions and gameplay was astounding.

Aside from the intricate rules, worlds, units and ideas it takes to create a game like "Warhammer" and "Bushido: the Game"; what makes war-gaming so awesome is the creativity and talent of the people who play. As I began looking for miniatures and war-boards, my jaw dropped to the floor.


There are some amazing terrain builders, figure painters, item sculptors and more - what I really like is how the community as a whole, is very supportive and willing to share lessons and know-how with their fellow war-gamers.

Knowing what I know-now, I am eager to try my hand in war-gaming; perhaps I will start with something small(er), like Bushido: the Game, as I really like the theme of the game, and the rules seem some-what easy to grasp (not a complaint on the rules, but my ability to memorize them).

I encourage everyone to take some time to search out the amazing talent that exists, and the work being done on this small-scale.

To all of you involved in the work, hobby and play of war-gaming, keep doing what you're doing, as it is awesome!


Links to things in the posting